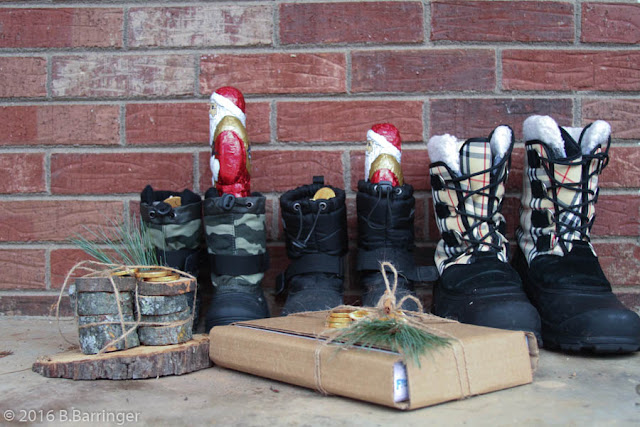 Since I find myself in the season with young children, I thought it might be nice this year to start on a simplified version of some of the traditions from my childhood. Growing up, I have always cherished the time before Christmas (eve) with a warm heart. And now, well into my adulthood, this time from the beginning of the first of Advent until New Years', has me think of those bygone years with fond memories, as well as a hint of nostalgia.

I'm not quite sure whether or not beginning our own traditions really will mend my always recurring wistful reflections of younger years, but never the less I'm thinking of these special rituals as a tribute to my childhood. St. Nicholas being one of many for this last month of the year. 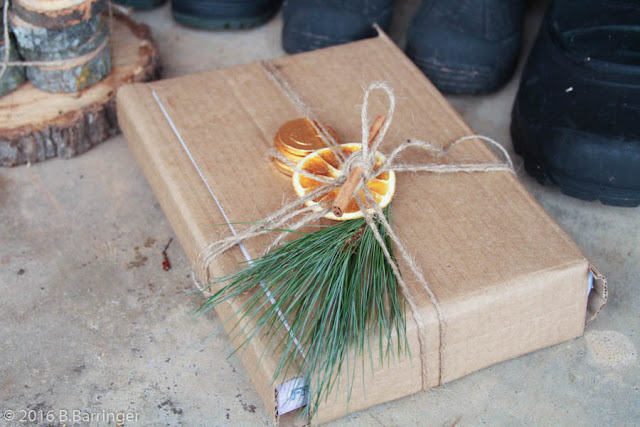 Nicholas was born in the 3rd century to wealthy parents in the Greek area of Patara, now southern coast of Turkey. His parents passed when he was still young. As a devout Christian, he used his inheritance to give to the poor, needy and sick. Dedicating his life to God, he was made Bishop of Myra when he was still a young man, but later also suffered for his faith even being imprisoned under a Roman Emperor. He died on December 6th, AD 343.

One of the stories we hear of the good deeds St. Nicholas has done, is about a father of three daughters. Having no dowry to be able to marry, the daughters were destined to be sold into slavery. On three different occasions, a bag of gold mysteriously made it into their home, thrown in through a window and landing on socks that were hanging beside the fire to dry. The gold was enough to provide for a dowry, saving the three daughters from a life of slavery. 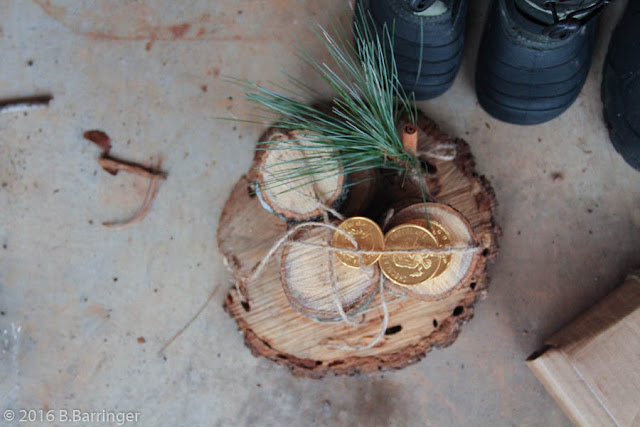 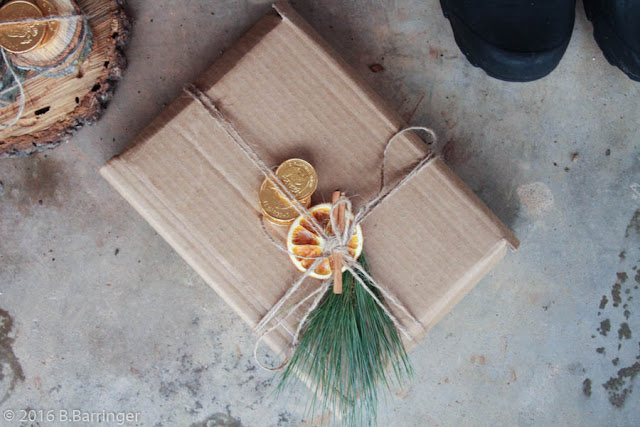 This year, while retelling the story of St. Nicholas and the three young women, e and I washed our boots on the back steps. We placed them at the door in the evening and when she woke up this morning, she had a chocolate Santa and some chocolate coins in hers, as well as a small gift {a puzzle} beside it. {And for the curious among you, j's gift is are homemade stacking blocks from a tree in our back yard| This was a simple beginning to this tradition and as she gets older we will add more and more details to this tradition with a special meal, cleaning the whole house and the like. I don't know how close or how far apart we will be living as a family when everyone has grown up, but I hope my children will always be able to remember their favorite Christmas traditions with fond memories and maybe even build upon them with their own families in the future. 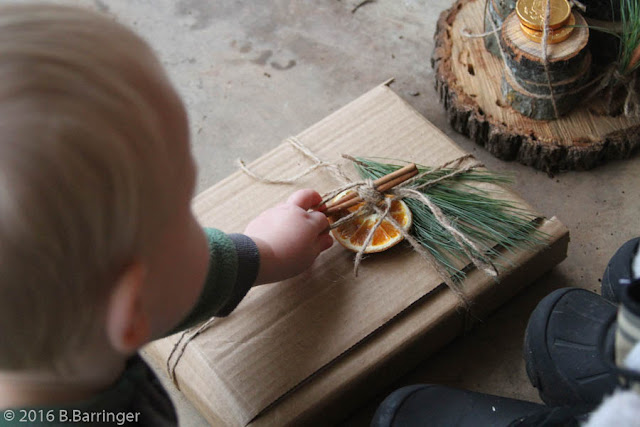 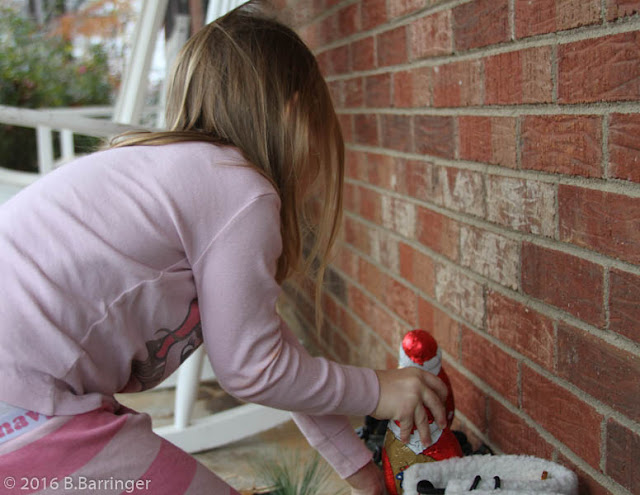 Thank you so much for reading, hope you have a wonderful day!
Best,
Bibi 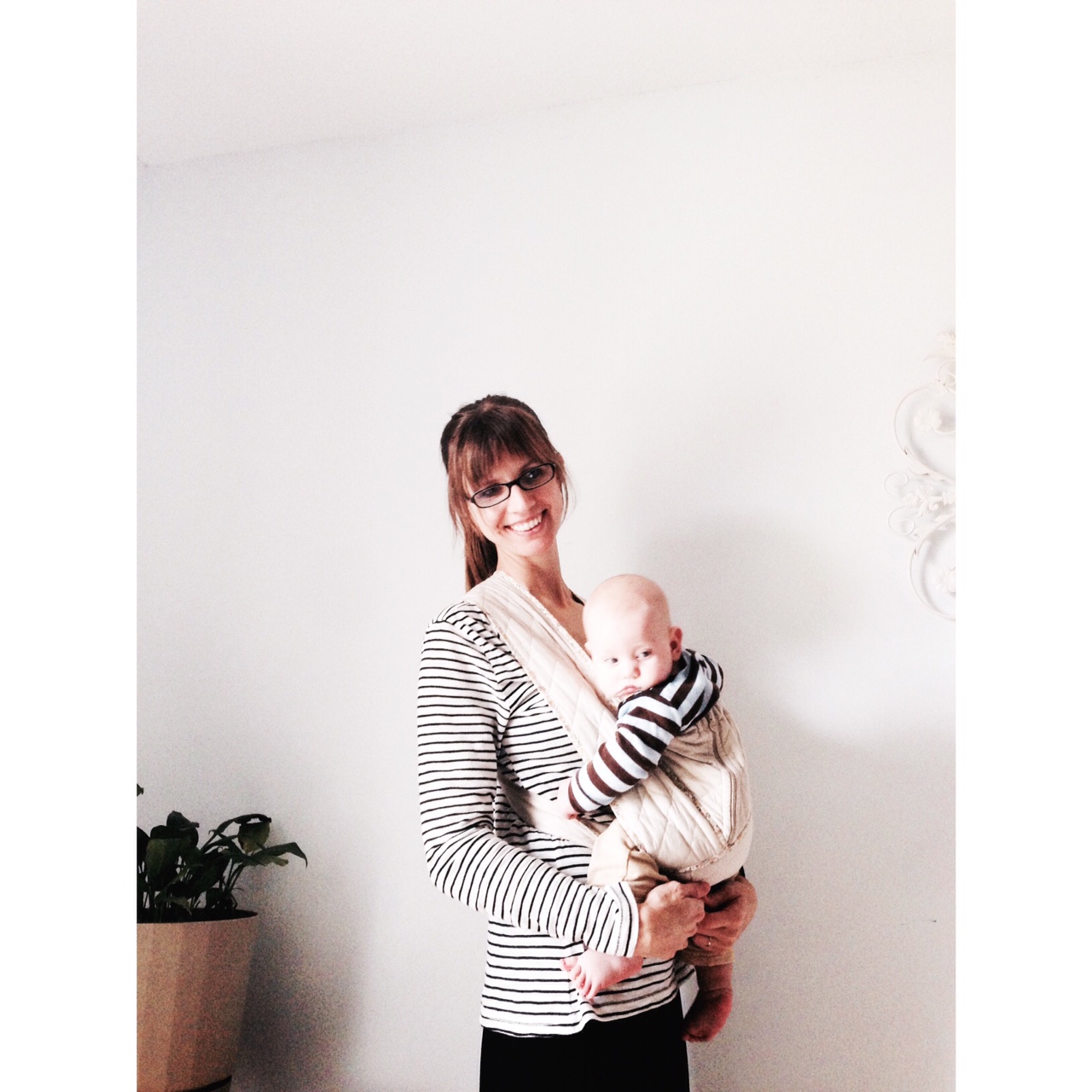